Together into the future!

The students of the Wedding elementary school in Berlin report on refugee children. 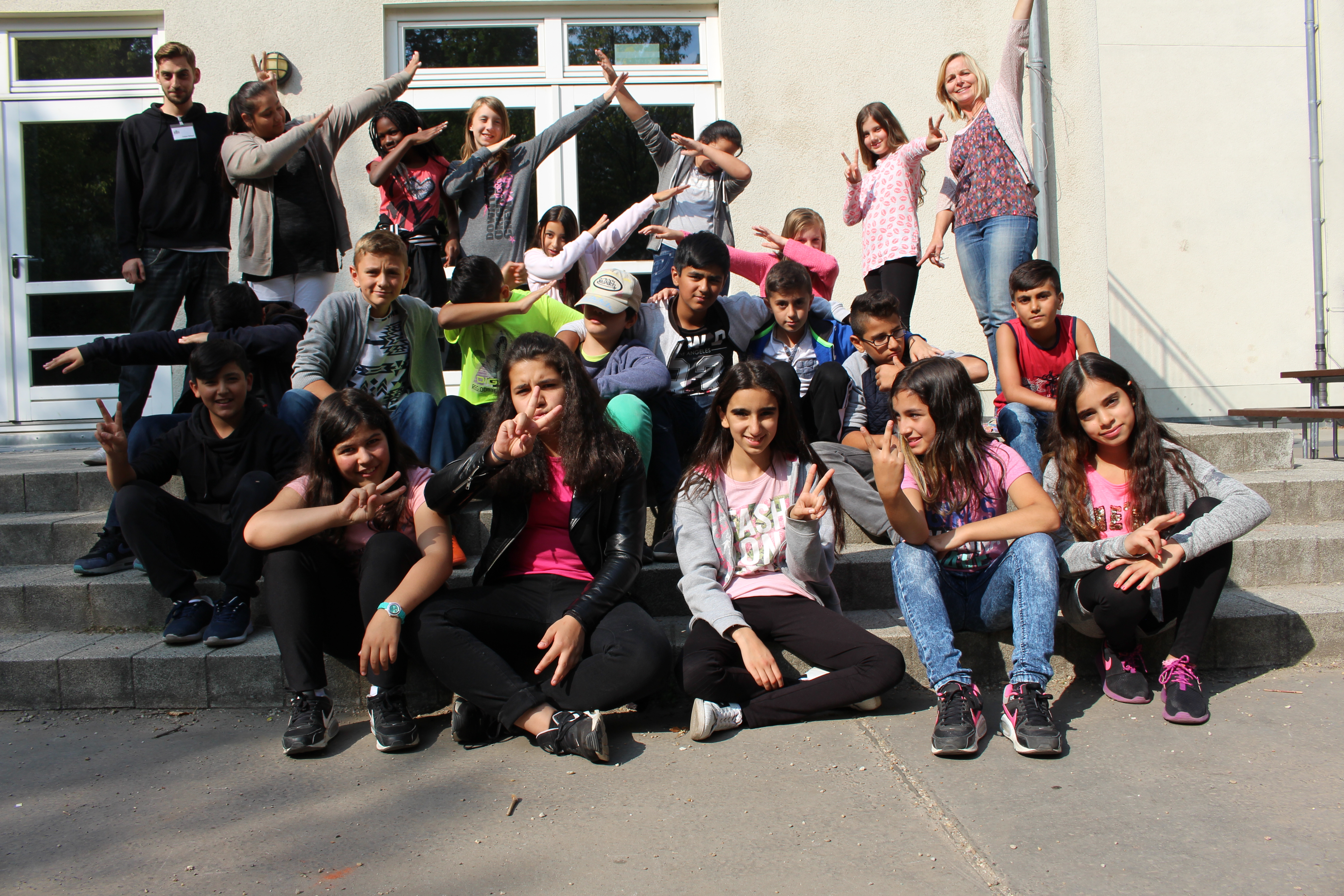 Hallo! Marḥaba! Dobar dan! Hello!
We are the 6C from the Wedding School in Berlin, and we are a very special class! In our class there are students from numerous countries around the world. Also refugee children. When they join our class they often don't speak any German at all. How do you feel when you join such a new, foreign learning environment? What do you need most under such circumstances? How can we - and how can you support new children in the class? You can hear all of this on our radio podcast. 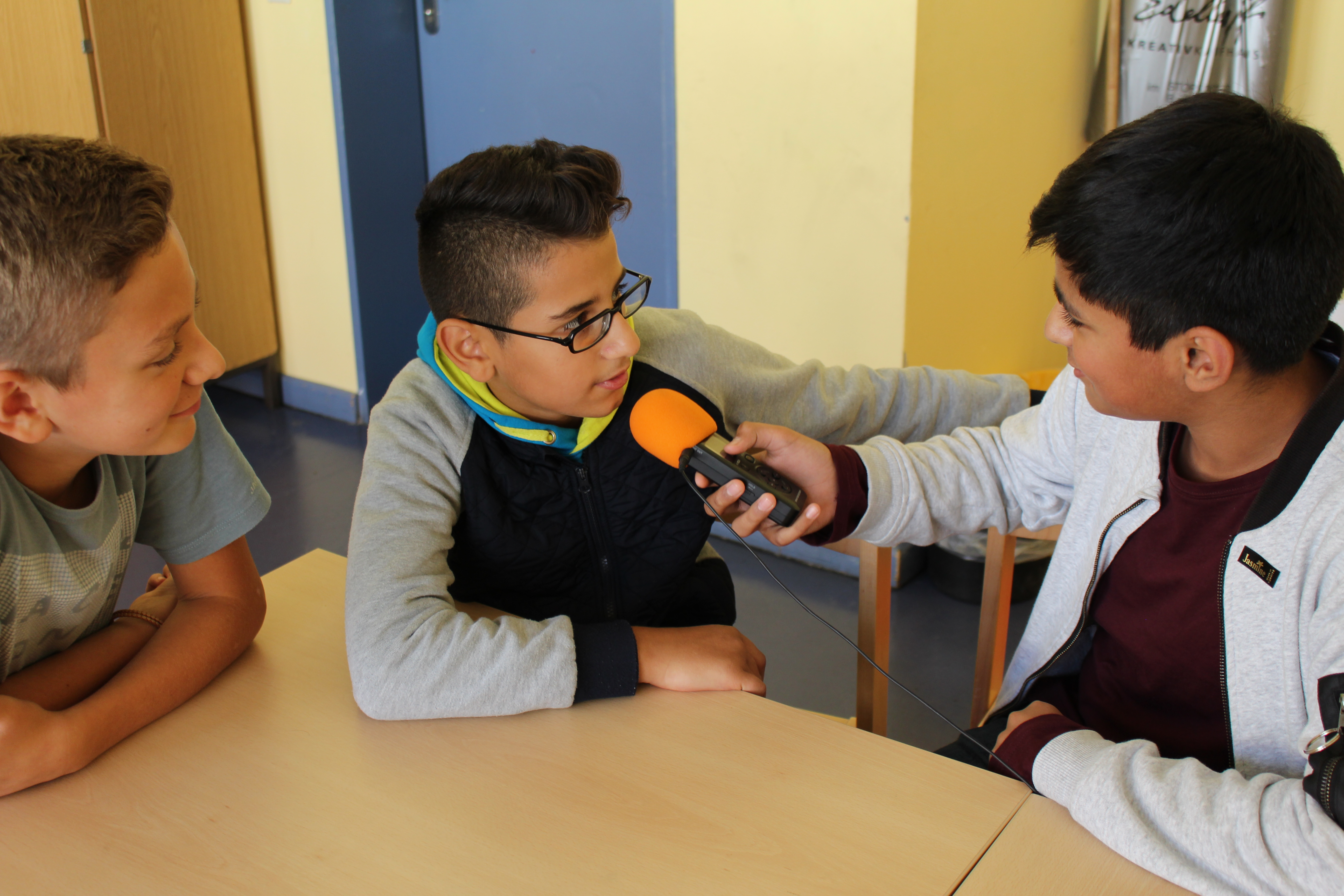 A politician takes his time
We also spoke to an expert on refugees: the politician Boris Velter from Berlin. He actually had another appointment after his interview with us. But we had such an exciting conversation that we didn't want to finish on time. And neither does he. We students didn't even want to go on break. Hence Boris Velter was probably far too late for his important appointment. Oops! 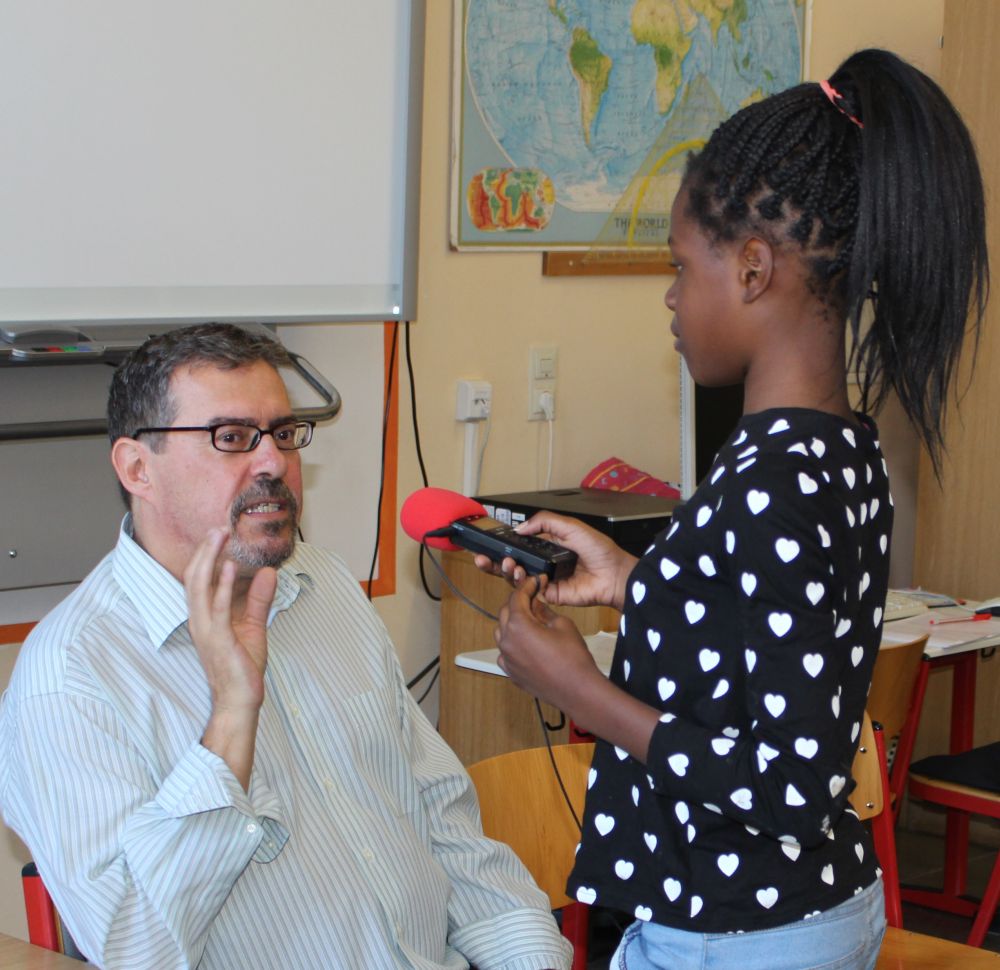 What do refugees need so that they feel comfortable with us?

We asked the politician about this. Also: What do refugee accommodations look like? And: Why do people flee their homes at all? Check this out! Incidentally, refugee children should actually be able to attend school anywhere as well as from the get go. You have the right to do so. We all have the right to do so. And many more rights, children's rights! Which ones do we find particularly important – especially for the refugees? You'll hear more about that on our show.

A school kiosk in Lebanon
A country that takes in many, many, many more refugees than Germany – compared to its inhabitants – is Lebanon. War is raging in neighbouring Syria. And of course war is one of the main reasons for flight. We spoke to children in Lebanon via Skype. They were super nice - and funny! We talked to them about refugees, but also about all sorts of things, for example their kiosk at school and their pets. Many thanks to Fatima and Jassmina for translating. 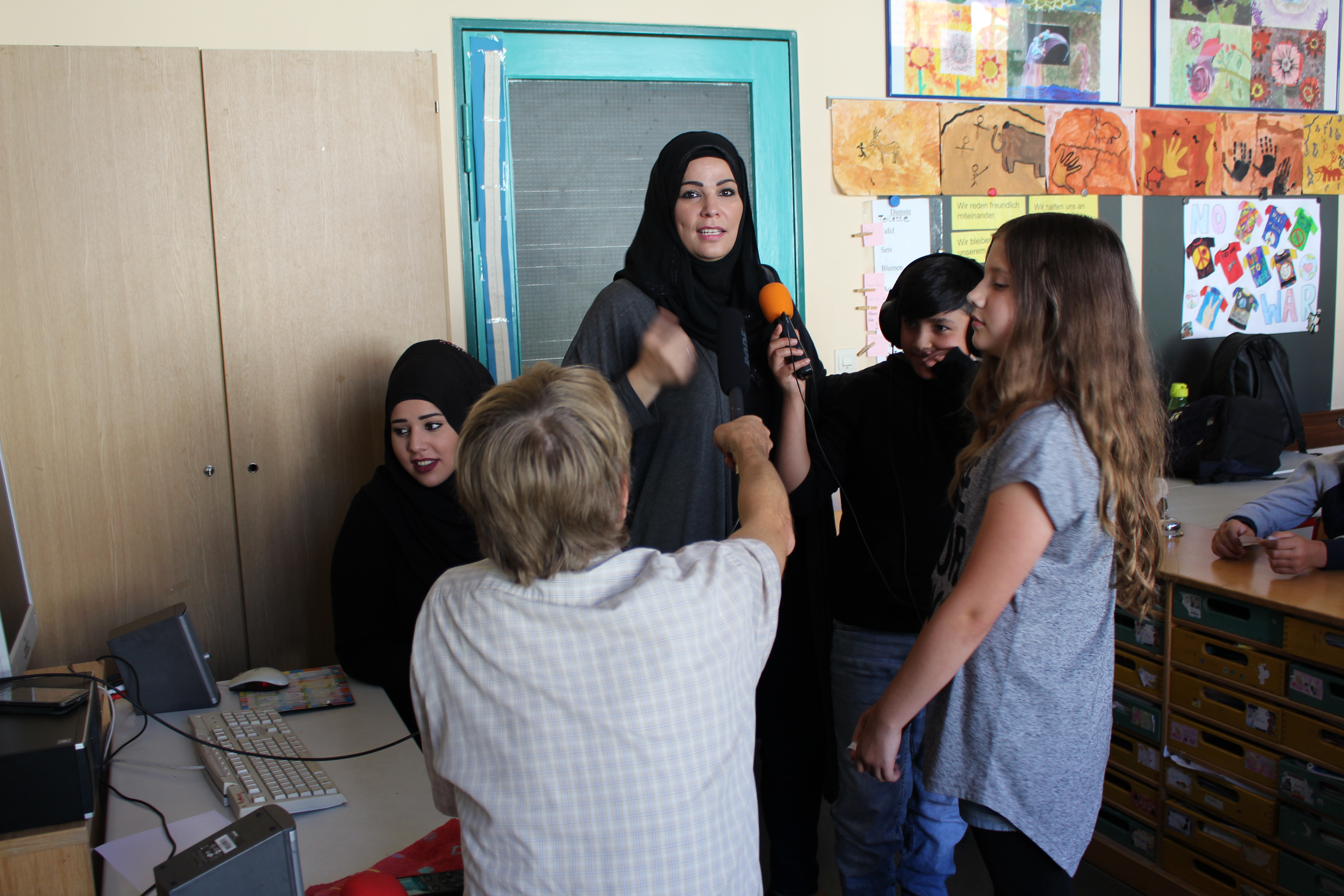 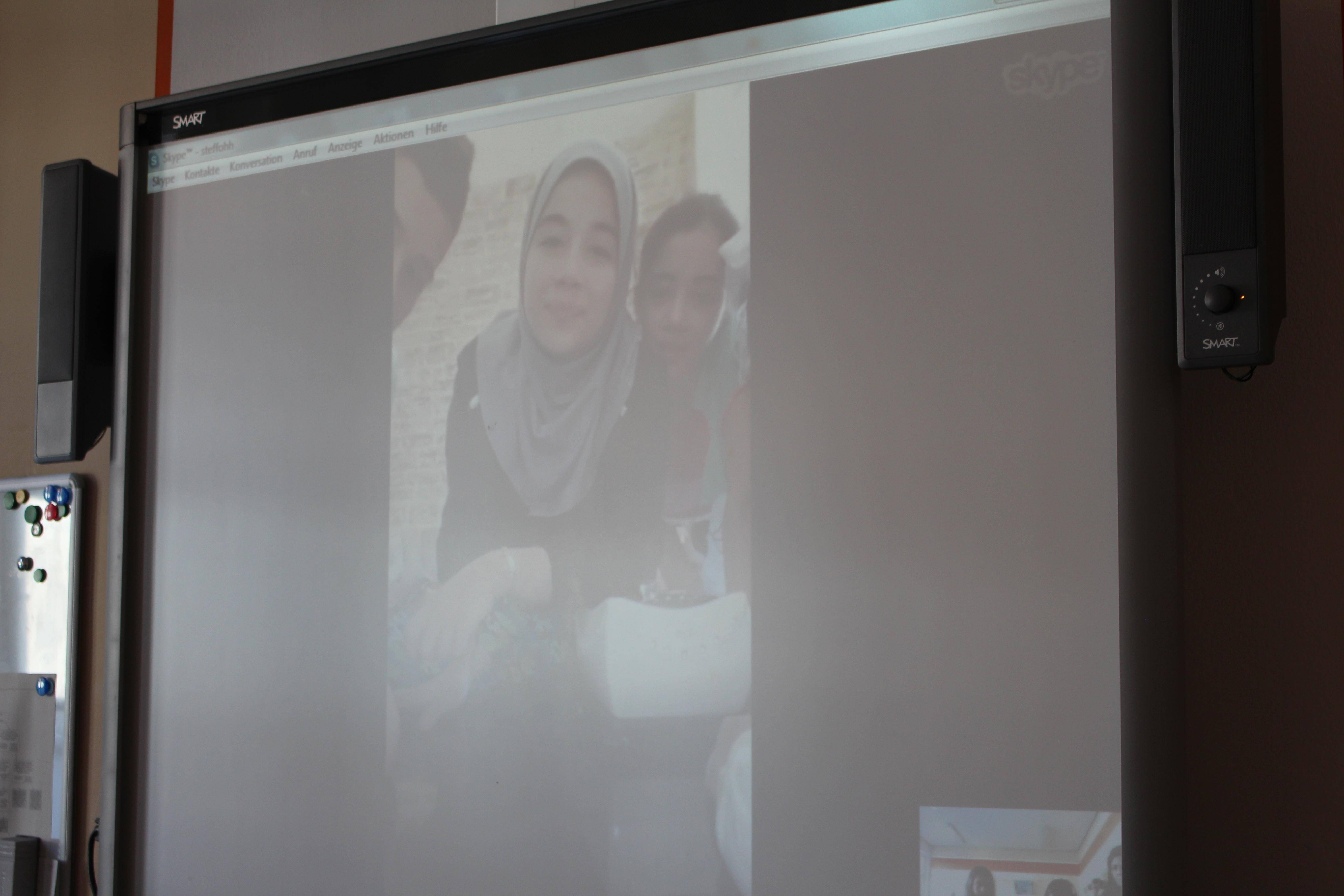 Designers for Peace
There are many different reasons why people flee their home. For example poverty, hunger - or because they are not allowed to speak their mind openly in their country. The climate is also a possible reason: floods, for example, or severe drought. But most people flee war and violence.

That's why we started a campaign on World Peace Day, September 21st: We designed T-shirts with peace symbols on them. We drew the designs on paper and sent photos of them to Morocco. And imagine: the children in Morocco also designed and even printed T-shirts. And our designs were there too! Wow! Great! Thanks! 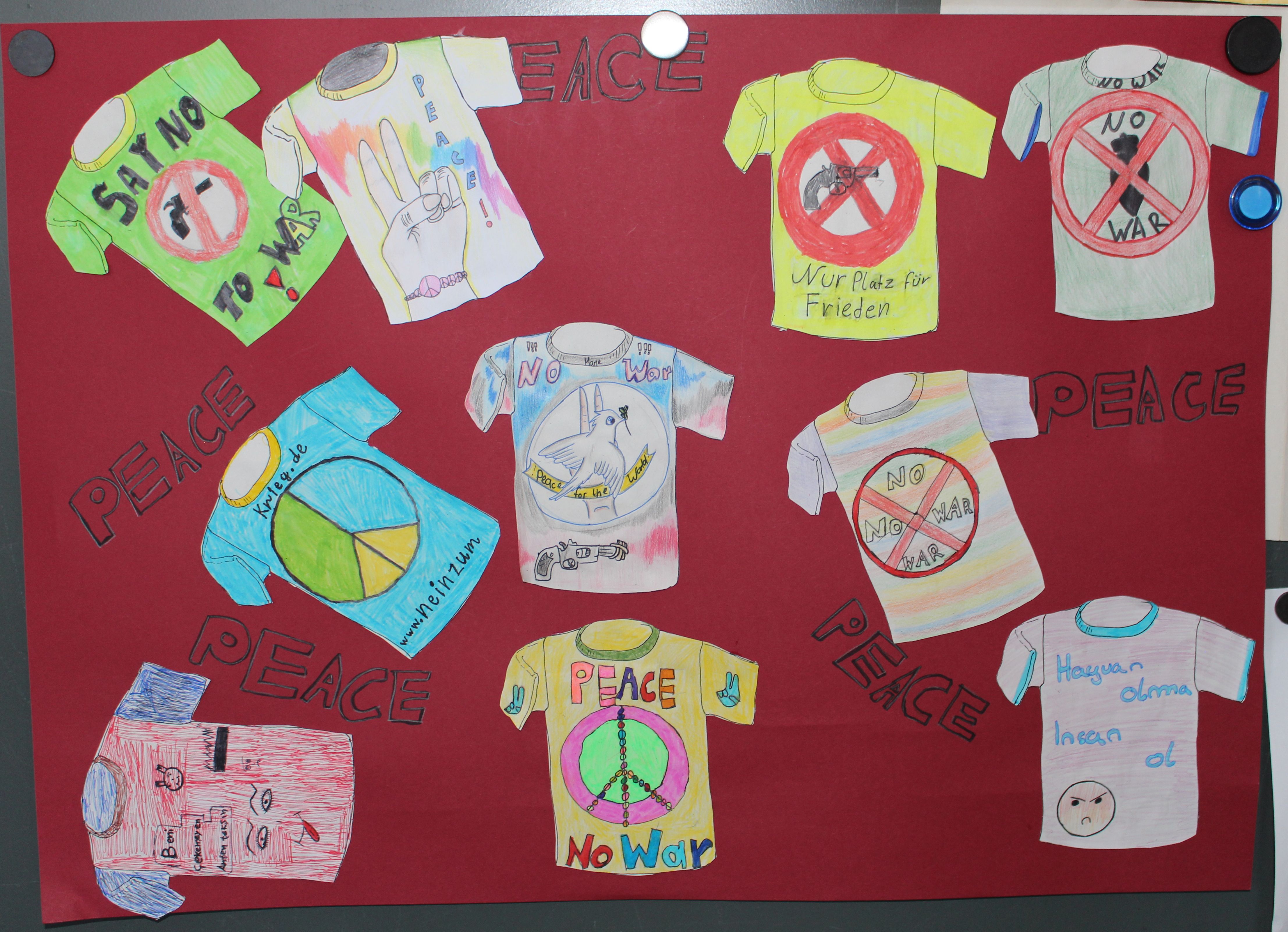 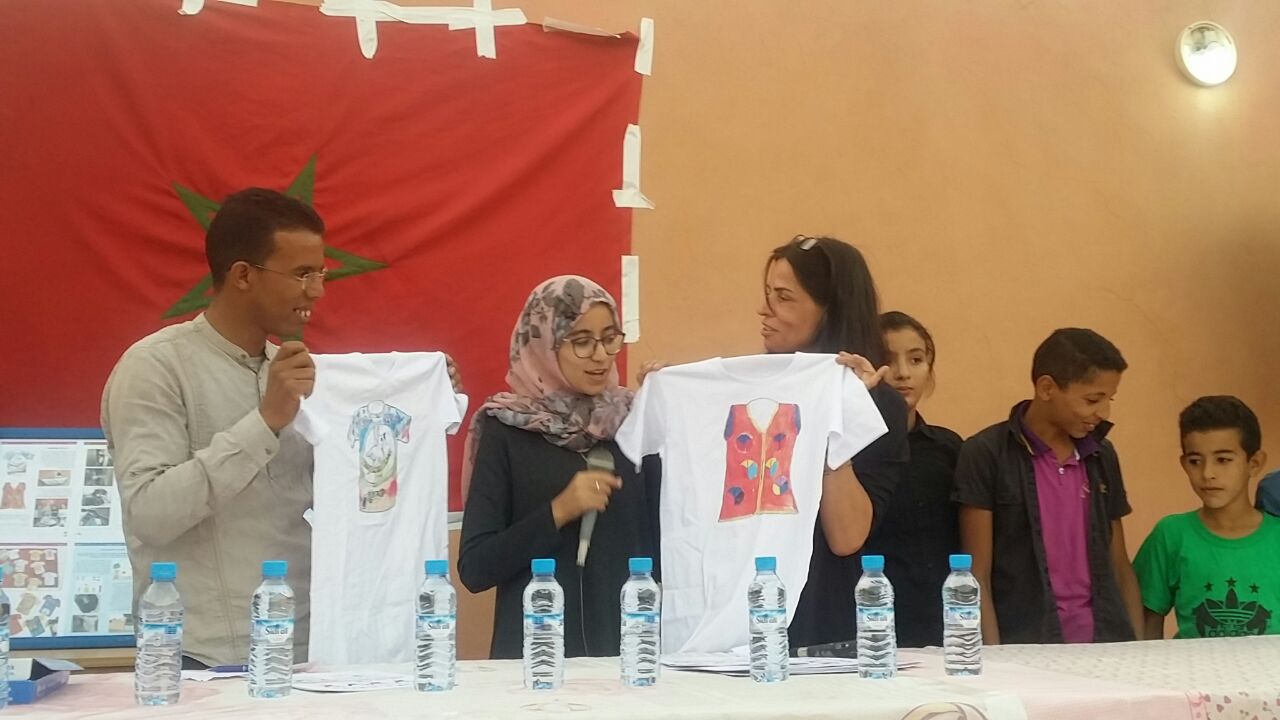 Why don’t you draw a picture of peace while listening to our show!

And if you missed the show, you can also listen to an abridged version in the player above!

We hope you like it - and we would like to thank the LEZ, the Governing Body for Development Cooperation of the State of Berlin, which supported our project. Thanks!!!