The Exhibition - In the Royal Theatre in Marrakech

400 children attended to the grand opening ceremony. All the newspapers were presented, along with lots of information and photos. 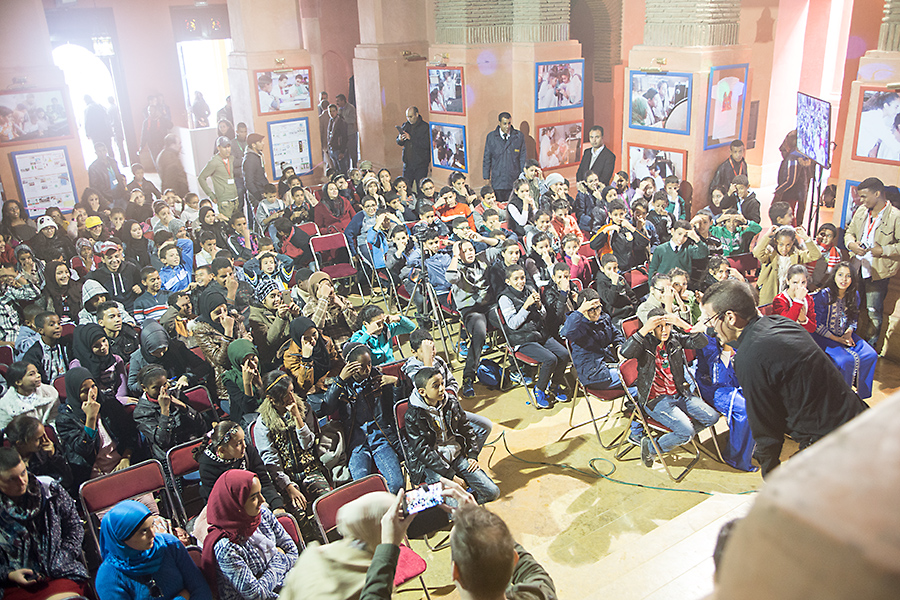 There were a varied program on the stage. 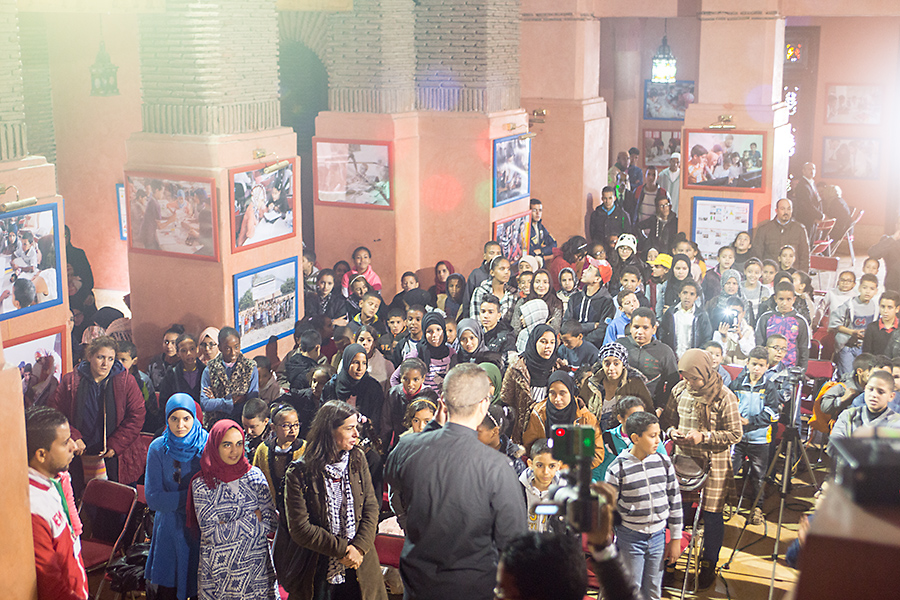 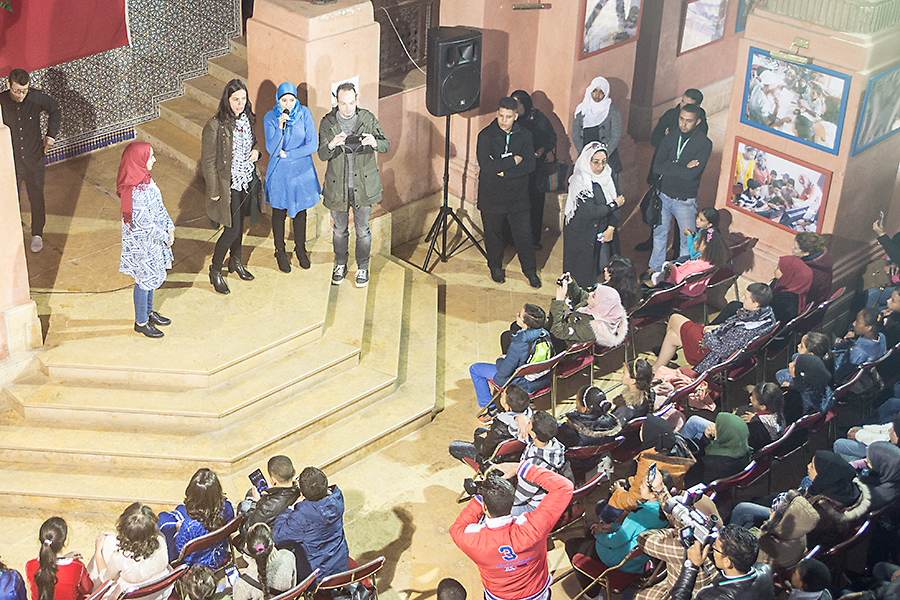 The participating kids learnt about how the student newspapers were produced. 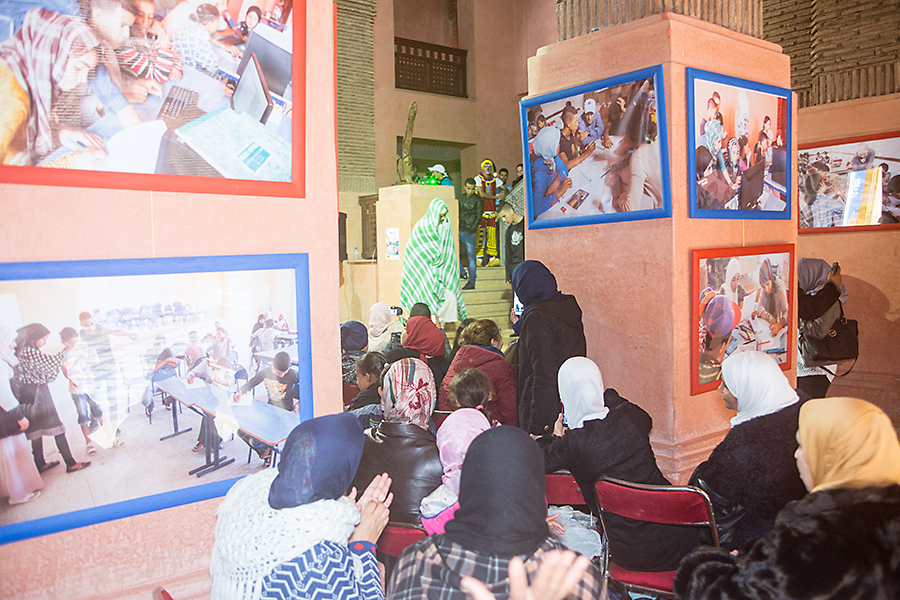 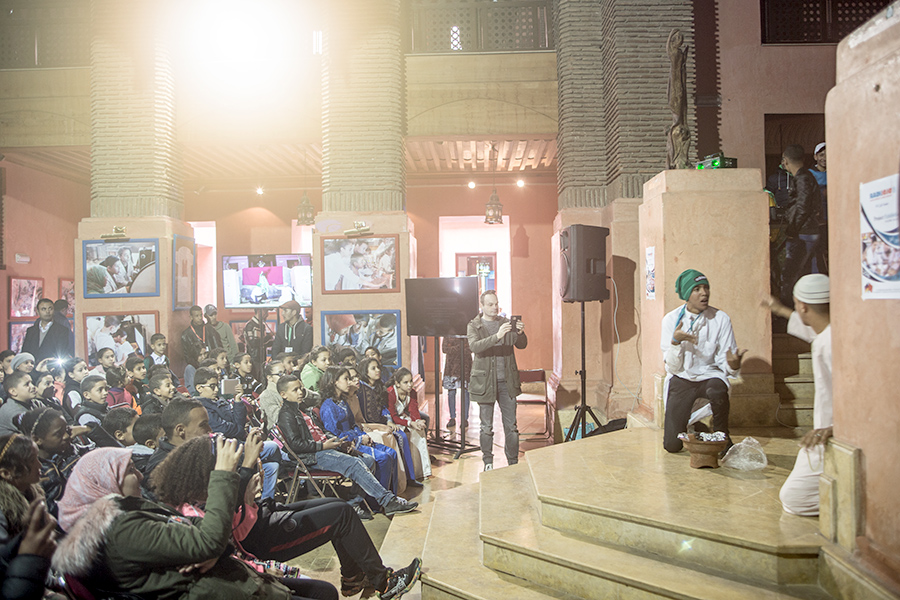 During the break Moroccan food were served for all kids. 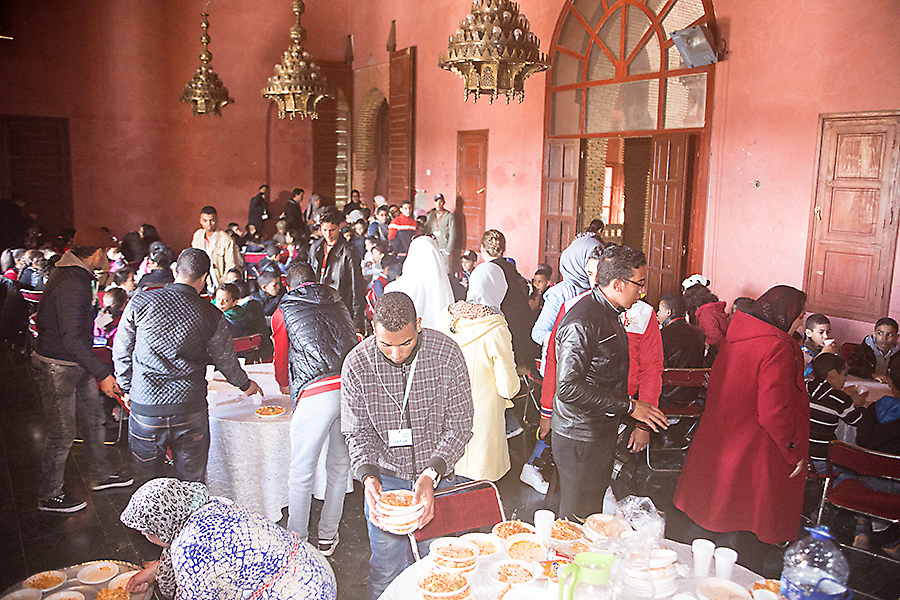 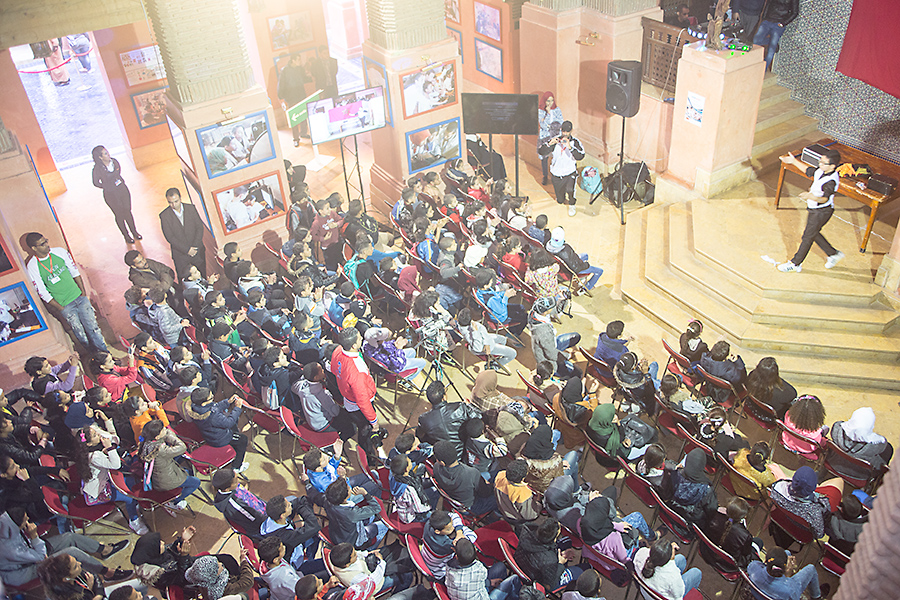 The show continued with a young magician... 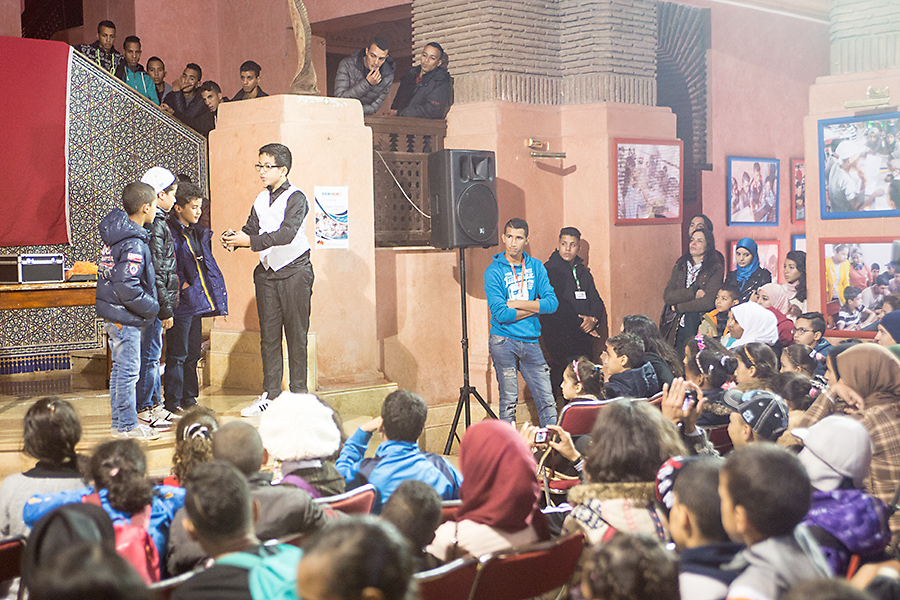 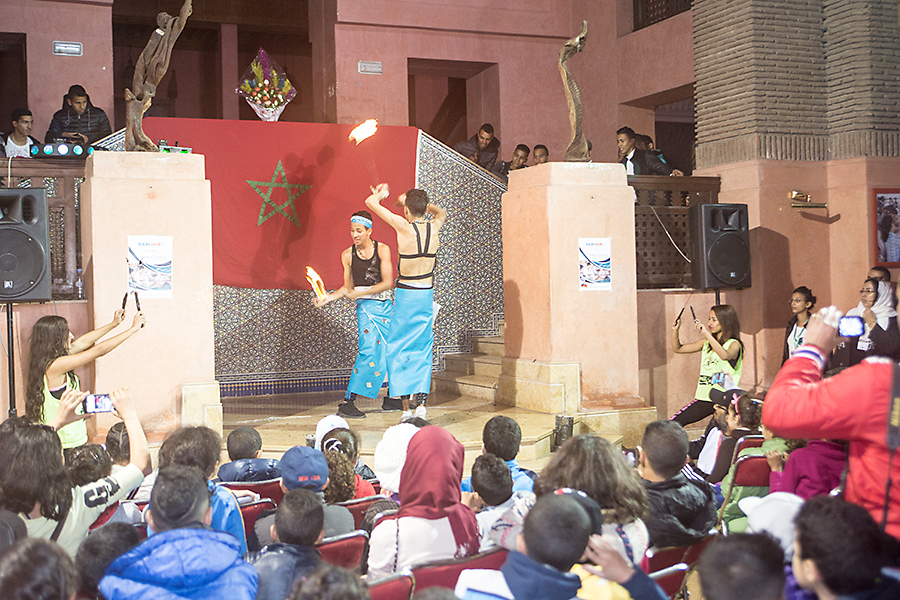 ... and with music.
Radijojo and members of local organizations opened the exhibition. 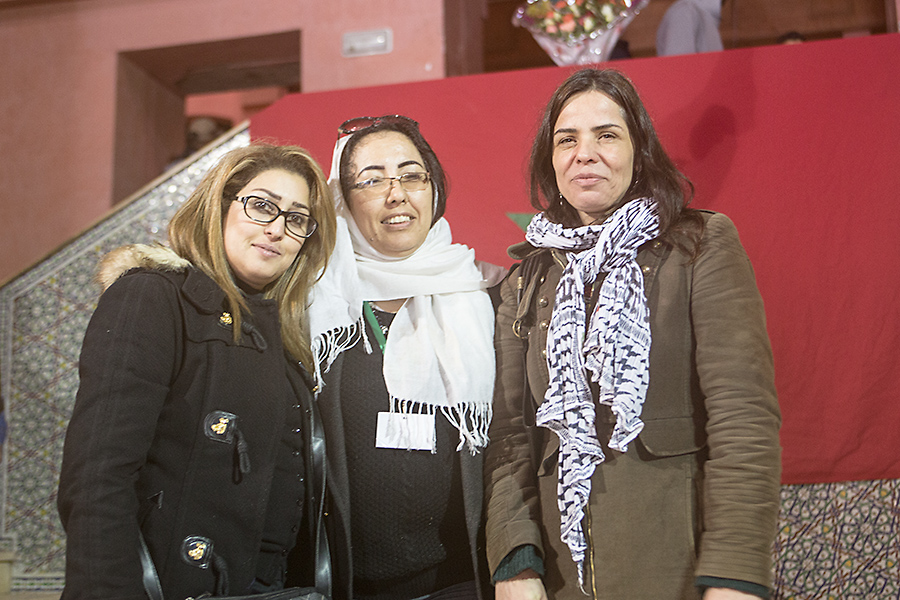 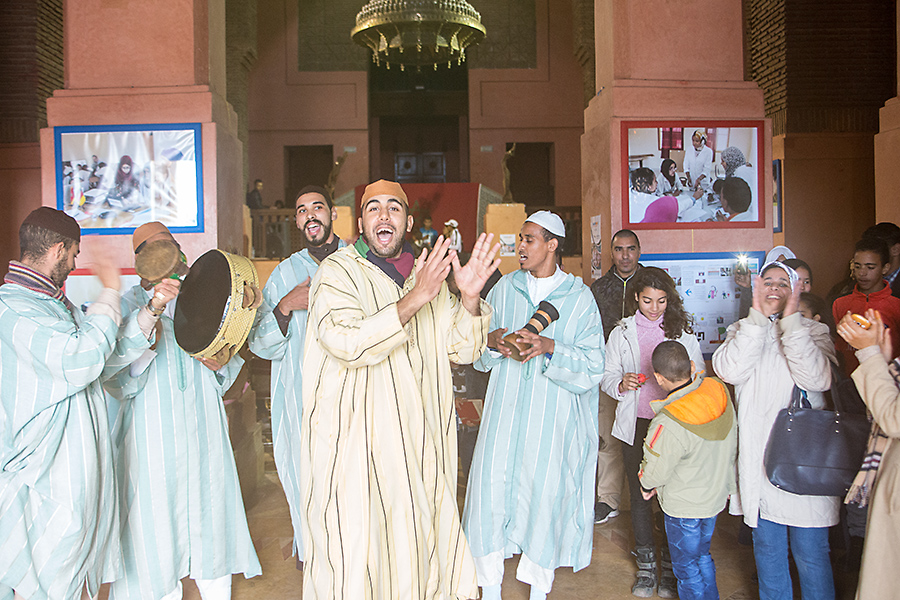 Here is one of the newspapers that was produced in our project "Salam Aleikum". 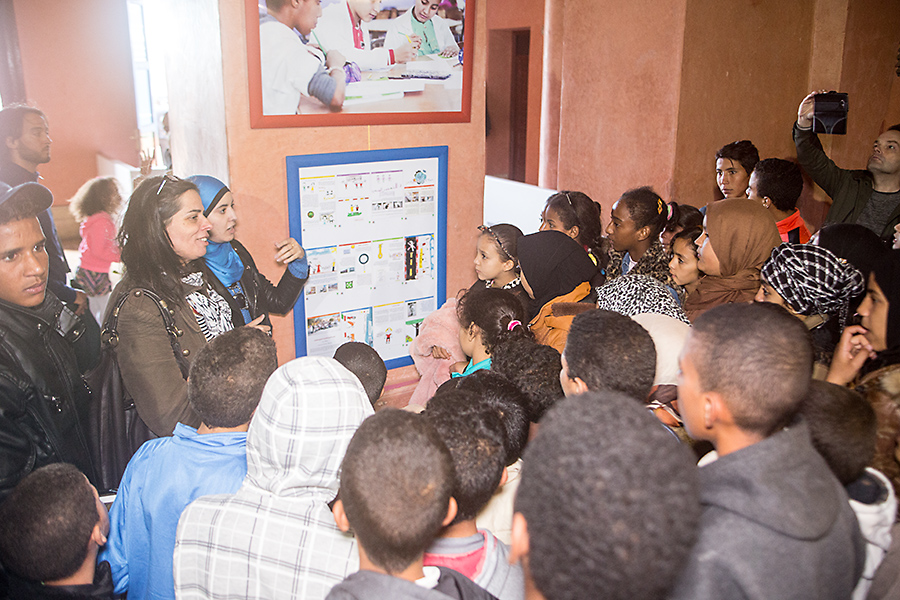 Children from Marrakech and nearby villages participated in the opening ceremony. Among them were many young reporters, who were involved in the student magazine workshops. 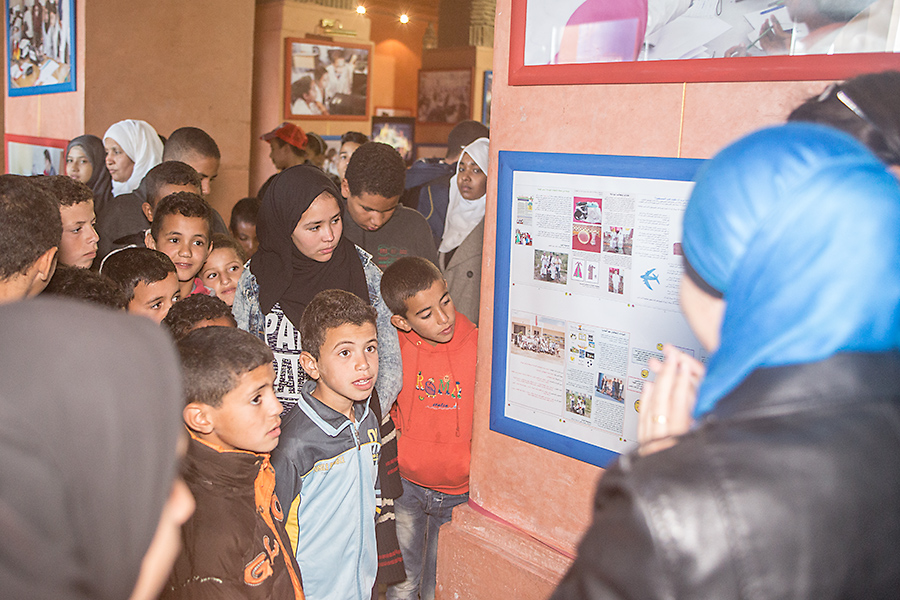 In addition, the state radio station SRNT reported on the event. 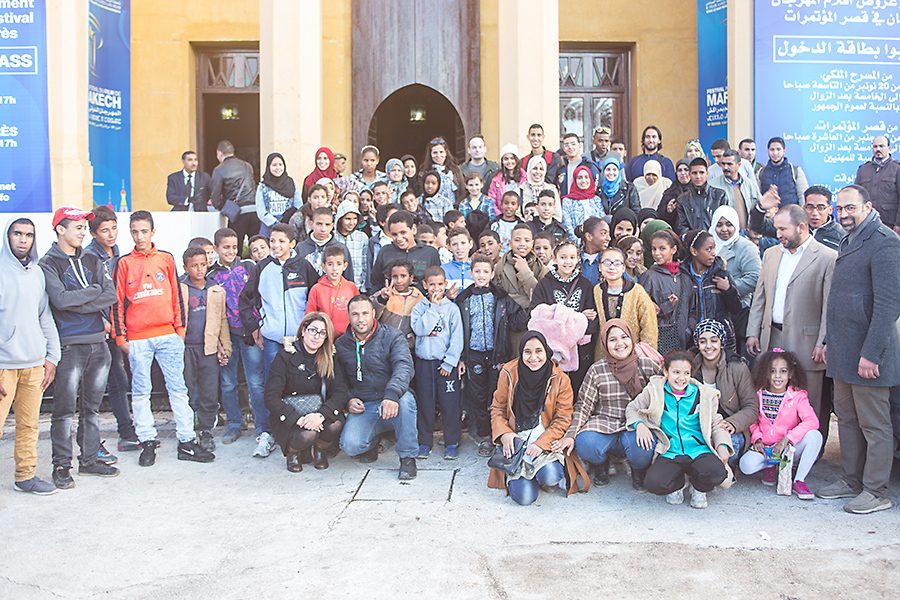 In total more than 1000 children visited the exhibition, among many adults.
Many thanks to all  people, who have made this possible: the mayor of the district, many local organizations and their staff, our partner organization YACD and, of course, all the  involved children!
Shukran! Merci! Thank you!